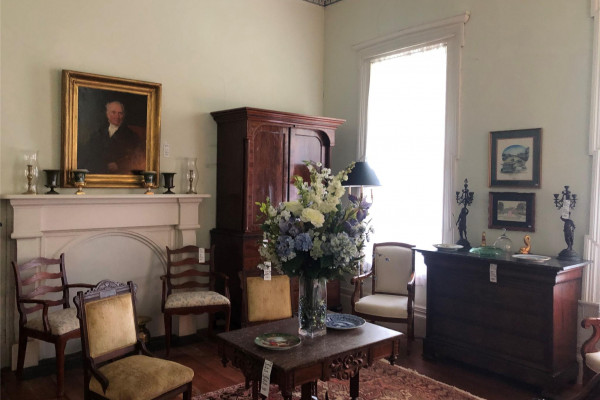 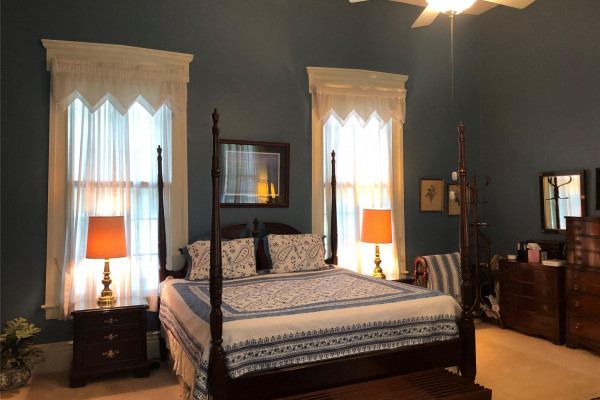 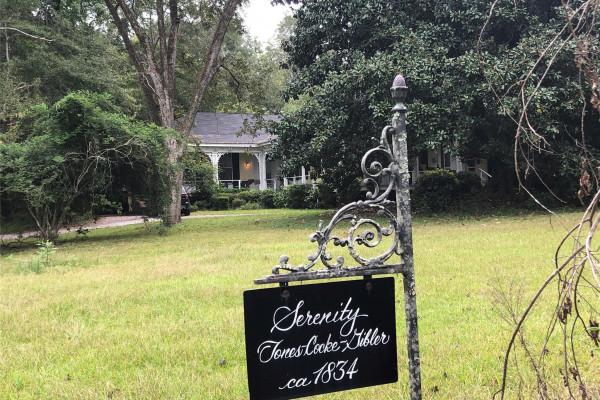 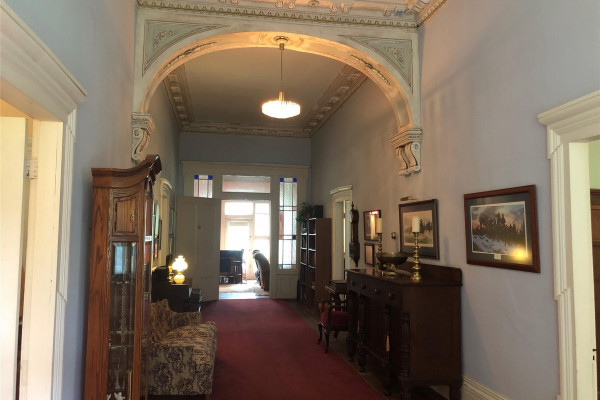 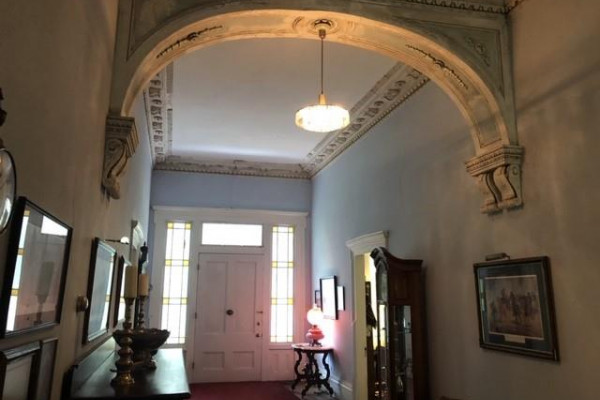 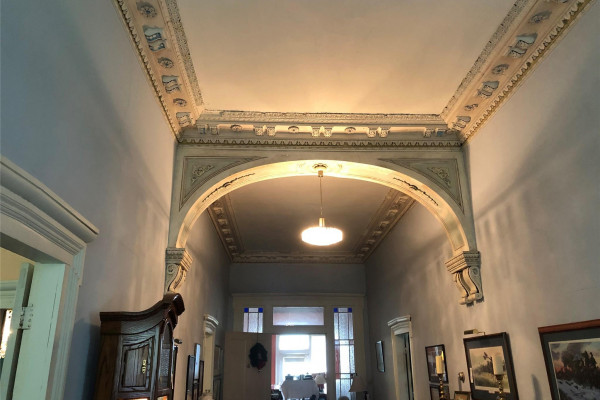 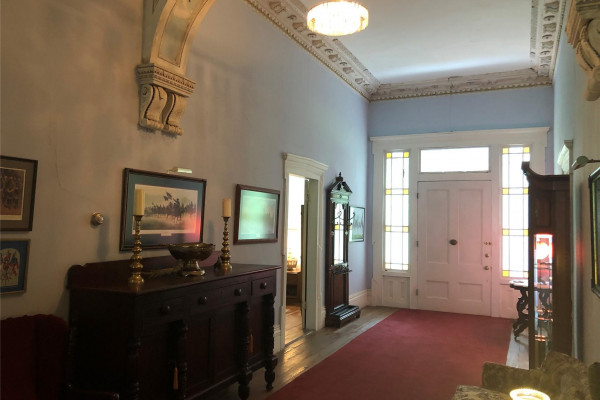 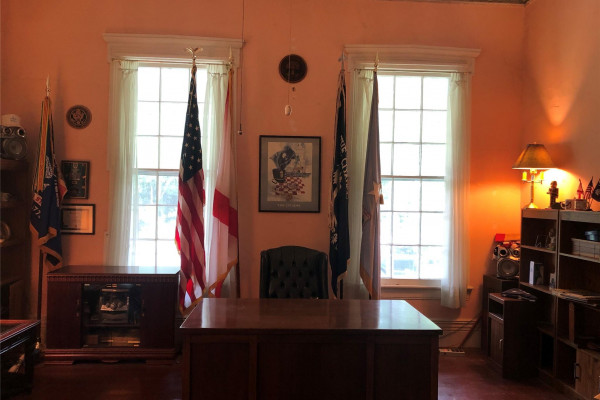 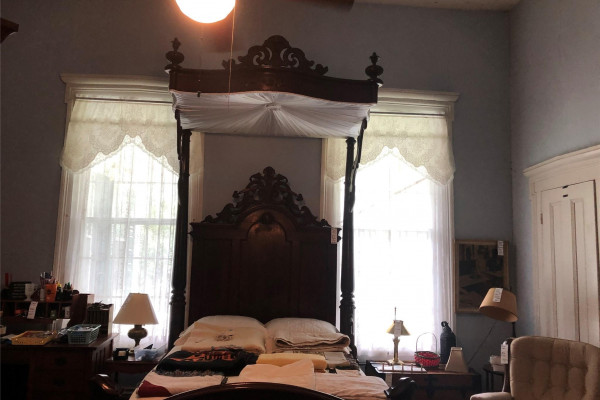 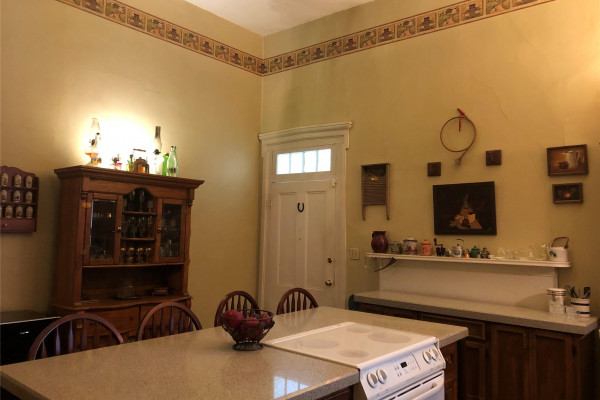 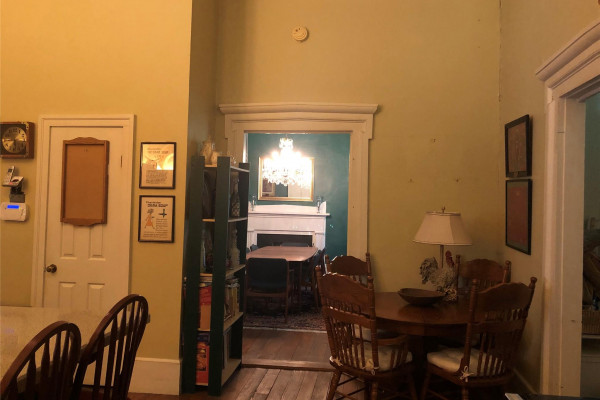 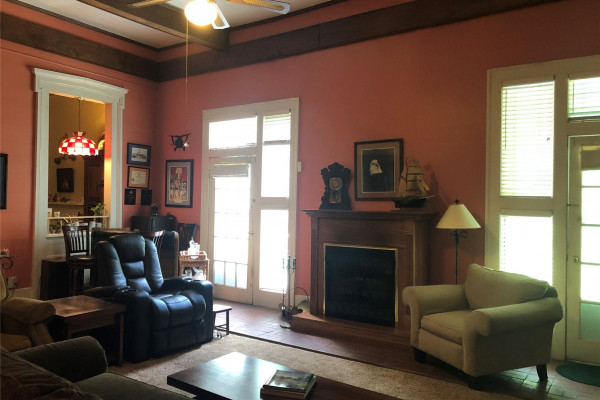 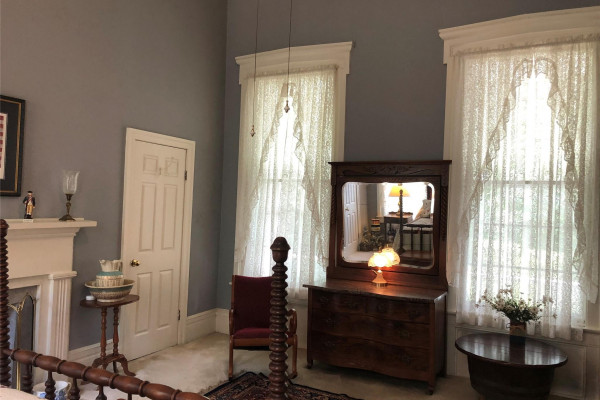 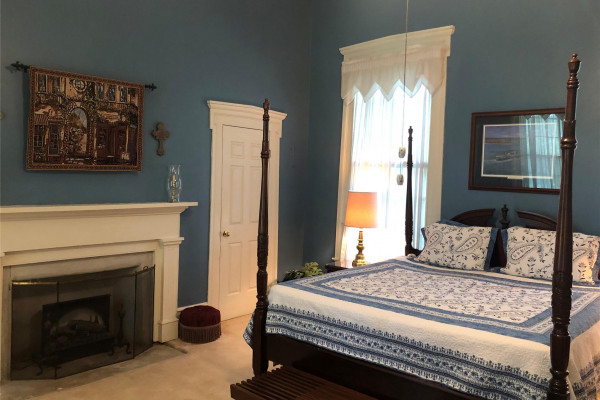 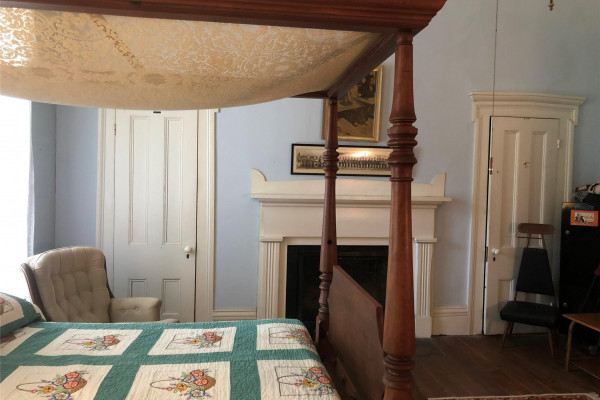 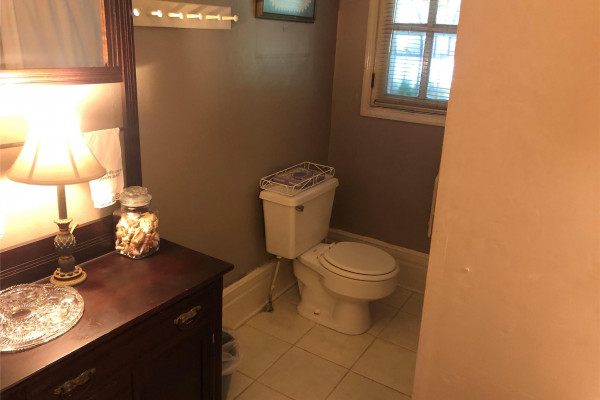 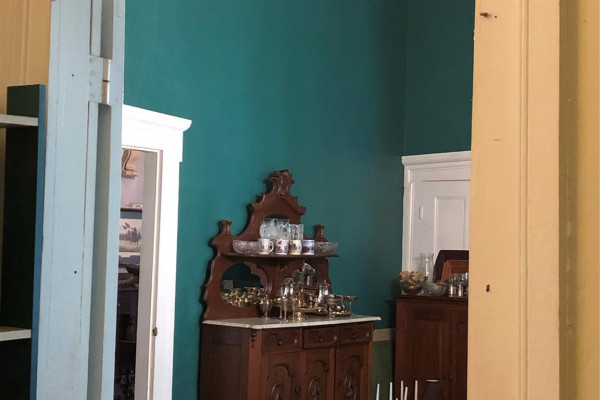 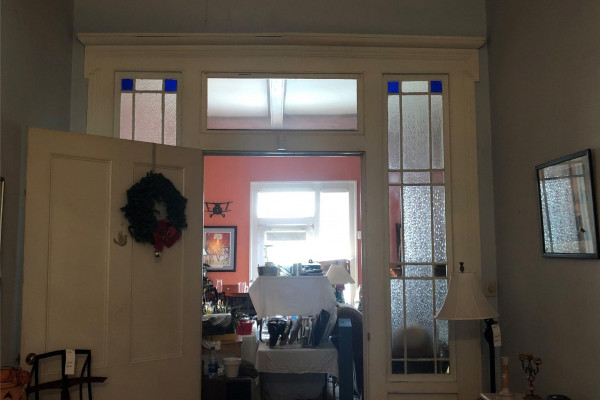 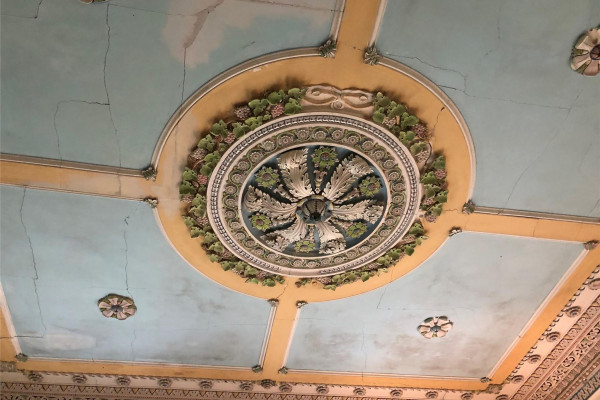 Historic one-story raised frame house with veranda located on a large acre lot with over 3000 sq ft of living space. Intricately carved lattice work decorates the veranda that encircles three sides of the house. The front bays contain jib windows allowing them to fully open onto the porches. The entryway of the home opens to a large 10×40 foot hallway with full transom and sidelights. The 14-foot hallway ceiling features an arch of Greek Revival design plaster frieze, which is also carried out in the molding of the hallway’s border. The front parlor room ceiling boasts a colored elaborate plaster medallion and ceiling border molding. In addition to these rooms, the house has a dining room, a ballroom (now den area), kitchen, four other large rooms and two full bathrooms. The home has a fireplace in every room and decorative woodwork around all doors and windows. The house has closets in almost every room which is unique in an antebellum home. The magnificent home is one of the oldest in Perry County. It has been deemed a significant landmark by the Alabama Historical Commission and added to the Alabama Register of Landmarks and Heritage. 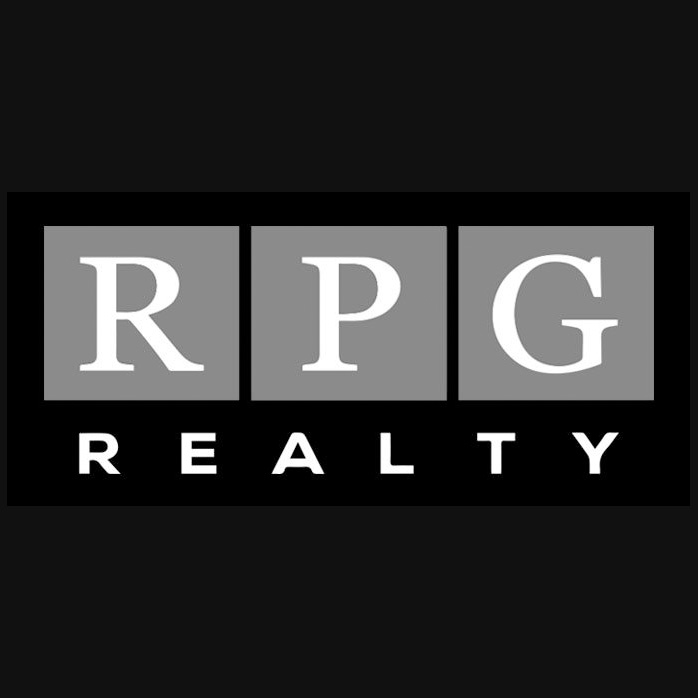 If you are looking to purchase a home, please consider RPG Realty to assist you with your next purchase.

Would you like to receive a FREE Market Analysis of your home?

Please consider RPG Realty when looking to sell your property and let us help you get your property from listing to the closing table.